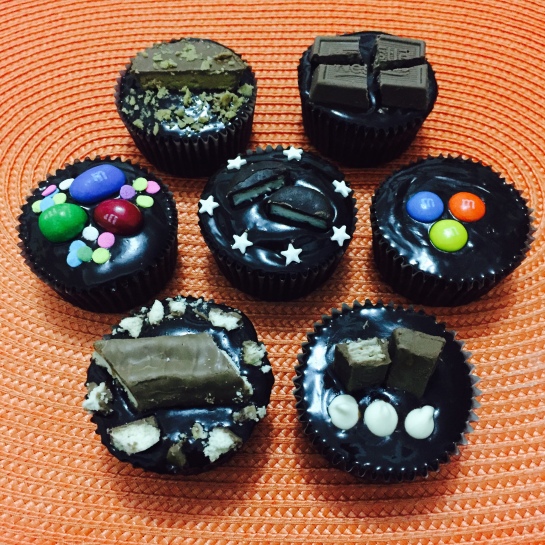 Chocolate² Cupcakes?
Coz they are chocolate cupcakes with chocolate toppings..

I baked this for my cousin’s birthday..
Actually I baked lotsa cupcakes that night and she also helped designing the cupcakes with my sprinkles and other toppings..
Then I realized I have different chocolates in my cupboard..
So I decided to design some cupcakes with chocolates.. 🙂 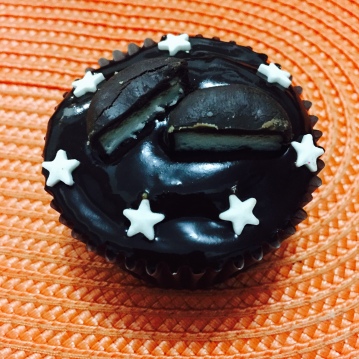 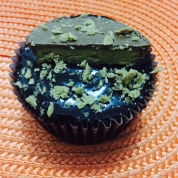 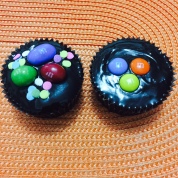 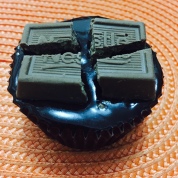 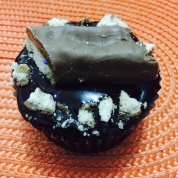 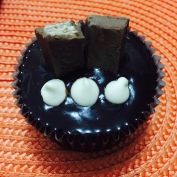 *I used Chocolate Ganache for the frosting..
I used buttercream the week before so I wanted to try something else..

Below is the picture of all the cupcakes I made for my cousin’s birthday. 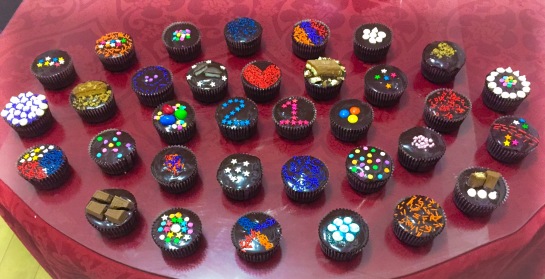 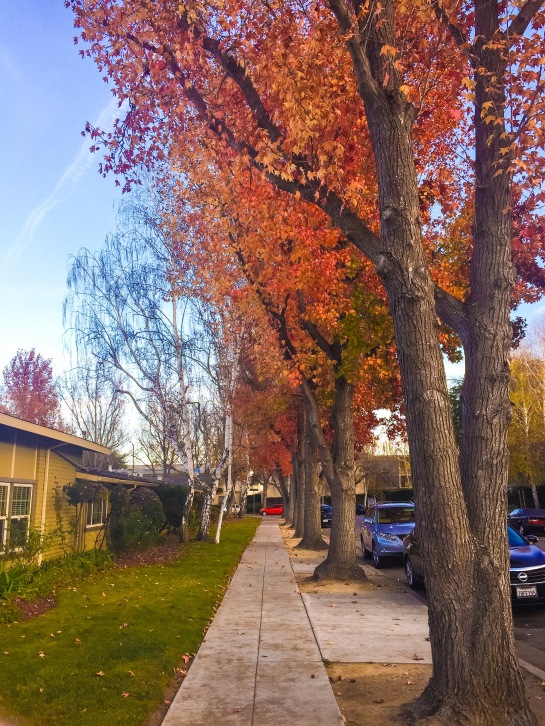 Stubborn Heart..
Hurting but still loving the one that causes the pain..
Scarred and yet not afraid of bleeding once again..

How long will this last?
It hurts that I’m still here trapped in this game..
While you easily fell in love again..

How many years have past?
My broken heart remains the same..
Stubborn to change despite all the pain..

Stubborn Heart..
For once, I hope you will listen..
Because deep inside you know, you deserve someone better.. 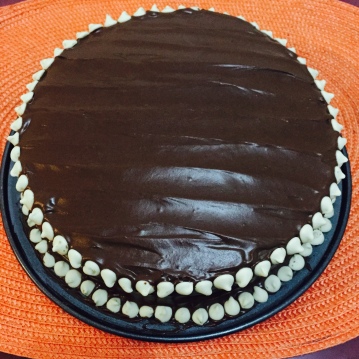 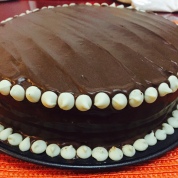 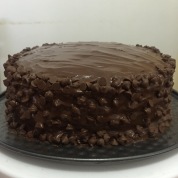 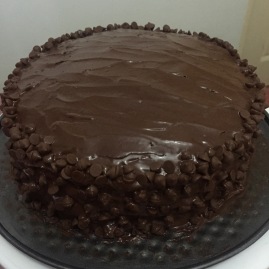 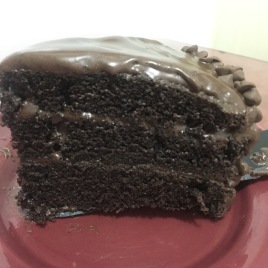 Chocolate Cake.
Who will ever hate chocolate cakes?

For me, I am not into sweet stuff so I do not like cakes that are too sweet.
I am glad that I found a perfect recipe- thank you to BHM page in Facebook.
I saw a lot of members saying that Hershey’s Chocolate Cake recipe is the best..
So since I was new to baking, I tried their advice and it was a success!

The cake itself is perfect.
It is chocolate-y but not too sweet.
Ever since, I have been using this recipe for my chocolate cakes and cupcakes.
If you are new in baking, use Hershey’s recipe and you won’t go wrong- I promise! 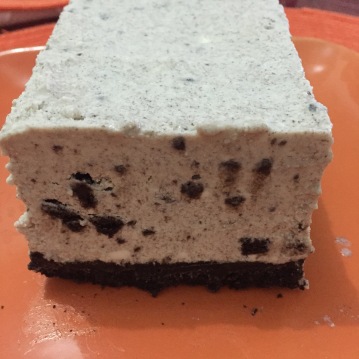 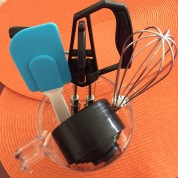 My first set of baking tools.. 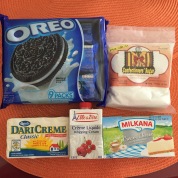 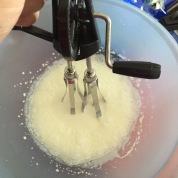 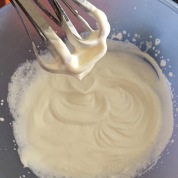 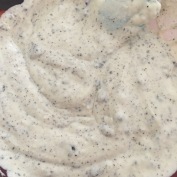 When I was working in Singapore I didn’t have the luxury of time to do things aside from work..
Learning a new hobby is not feasible because I was a busy woman back then- haha.

I was grateful that when I went back to the Philippines last February 2015, I had lots of time on my hands..
Plus- we wanted to open a Cafe back then so suddenly I became interested in baking..

June 27, 2015 when I started to try baking hence, the photos above.
I know the photo above is a “No-Bake Cheesecake” so technically it is not baking-
but this started my passion in baking.
I saw myself baking cakes and such week after week.

I am not into sweets and I am really not a fan of chocolates..
However, when I started baking, I also started to crave for chocolate cakes and stuff..
It was weird but I continued baking because I felt a sense of fulfillment everytime I see and taste my finish product..

Okay, I won’t keep this long..
This is just a brief history but later on I’ll be posting some of my baked goods and their recipes.. 🙂 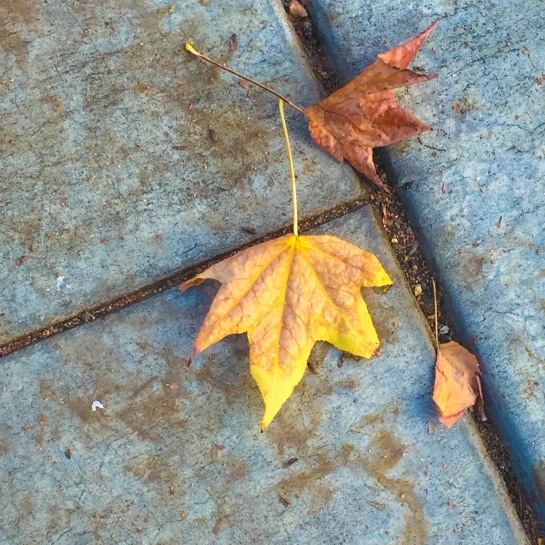 They say that time can heal the wounds..
But how long should it take?
Impatience is ruling over me..
I’m sick of crying because of the same pain again and again..

They say that distance can help forget..
But how far should I go?
Loneliness is overwhelming me..
I’m scared of remembering the same memories again and again..

They say that finding someone else can make us move on..
But who else should I meet?
I’m tired of realizing that he’s still the one I love again and again..

But then, they also say,
True love never dies..
Maybe, I guess, this one is true..
Because in my heart I know that the one I truly love has always been you.. 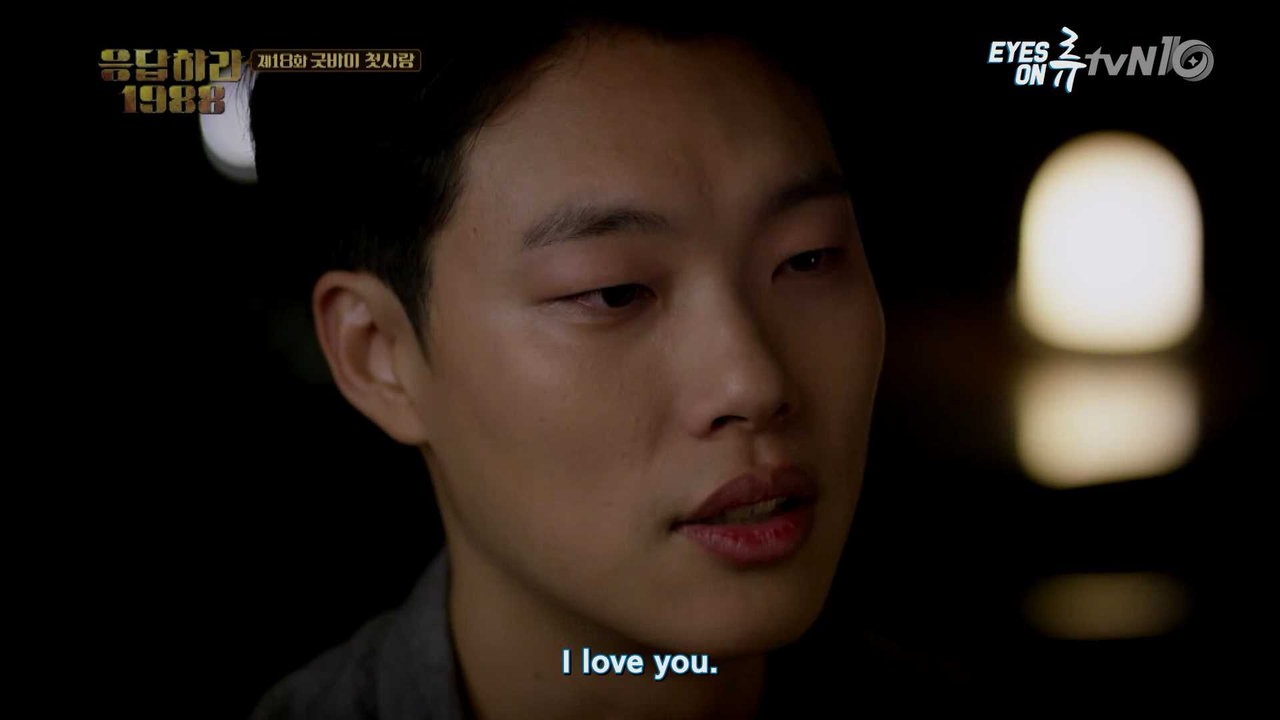 “That’s why another word for fate is timing.
If I hadn’t gotten caught at just one of those red lights,
if those damned red lights had helped me out just once…
I might be standing in front of her right now, like fate.
My first love was always held back by damned timing.
That damn timing.”

“In the end, fate and timing do not just happen out of coincidence.
They are products of earnest, simple choices, that make up miraculous moments.
Being resolute, making decisions without hesitation—that is what makes timing.
He wanted her more than I did..
And I should have been more courageous.
It was not the the traffic light’s fault.
It was not timing..
But the countless times I hesitated.”

Unrequited Love.
What can I say?
I am really sad that Jung Hwan was not able to express his love for Duk Seon.
He did have his chance but he lost it.

The quote above is my favorite quote from the drama.
His realization was also a wake up call for me.
I would also blame the timing or the circumstance but actually, deep inside,
I know that my decisions (or lack of) led me to where I am today.

Jung Hwan was a great character, a great second lead.
He knew he blew his chance and he gave way for Taek & Duk Seon to be together.
Sacrifice & friendship- more than his own happiness.

It pains me that he was only able to express his feelings through a joke.
However, I believe Duk Seon understood what he meant but she also knew
it was too late because she already fell for Taek.

I really thought Jung Hwan is the husband- he cared for her since the beginning.
Everyone who watched the show knows that.
But yah, I guess Reply 1988 wants to show us that not everyone gets the man/woman they love- even though we thought he was the main guy.

Reply 1988 will always give me that pinch of pain in the heart among the 3 Reply series.